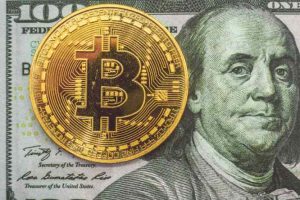 Cryptocurrency has been a booming market for the past year plus, and that boom reached its crescendo in November and December of 2017, when most cryptocurrencies exploded in value as new investors and enthusiasts flocked to Bitcoin and other cryptocurrencies in numbers not seen in the history of the fledgling digital currency world.  For many, this was their first exposure to the concept of cryptocurrency. As more and more people adopt cryptocurrencies either as an investment vehicle, a store of value, a way to make financial transactions or simply as a curiosity, the stats reflect the changes in the landscape of cryptocurrency.

While it’s true that people can use paper wallets and other low-tech means of storing their cryptocurrency, the vast, vast majority of people are using some form of digital wallet, whether that be an exchange wallet, a software wallet of some kind, or a cold storage hardware wallet.  Learn more about cold storage hardware wallets on our post about the best Crypto wallets. So by looking at the number of cryptocurrency wallet users, we can closely approximate the number of people involved with cryptocurrency in general.

On January 1st of 2012, the number of people using a blockchain wallet of some kind was 420. Again, this doesn’t count people storing Bitcoin (and pretty much only bitcoin, since most other cryptocurrencies hadn’t been created yet) through other means. But less than 1,000 people had cryptocurrency wallets.

Flash forward to January 1st of 2018. The user count is now over 21 million people. Over that five year stretch, the growth of cryptocurrency adoption has been quite literally an exponential curve. A look at wallet user growth during that time period looks like a graph of an exponential function.

Growth has been incredible from a numbers standpoint in 2017 especially. At the start of the year, there were around 11 million cryptocurrency wallet users. That means that around 10 million new people got involved with cryptocurrency around the world in the span of a year. These numbers testify to how rapidly cryptocurrency has been expanding.

Bitcoin as the Crypto Leader

With that being said, it’s interesting to look at the distribution of Bitcoin and see what that might tell us about the cryptocurrency market.

There are currently around 17 million BTC in circulation. The real number of ‘live’ Bitcoin is actually lower, as Bitcoins have been lost due to hardware and software failures or user mistakes causing coins to become inaccessible. But let’s go with the 17 million figure.

20% of the total Bitcoin supply resides within 113 wallet locations. More than 60% of Bitcoins are within around 17,000 wallet locations. Now, those numbers don’t say much without some context, so it might be more useful to see them as percentages.

To rephrase for effect, around 90% of the Bitcoin supply is confined to less than 1% of the total population of Bitcoin users.

The potential implications of this are fascinating. With this type of distribution, the Bitcoin market is potentially extremely vulnerable to fluctuations based on the actions of a relatively small number of people. That’s before even getting into the possibility that some of these separate wallet locations are held by the same person. That’s a topic for another discussion.